Gays and Lesbians for Individual Liberty, or GLIL, is an international organization of persons committed to the political philosophy of individual liberty, both generally and as it affects lesbians, gay men, and bisexual persons. As such, we welcome classical liberals, market liberals, limited-government libertarians, anarcho-capitalists, and objectivists, as well as persons wishing to learn more about our views.

We believe that the source of sovereignty and the fundamental unit of society is the individual and reject any higher secular authority. We do not place the good of the "collective whole" above that of individuals, since "the collective whole" is at most a macroscopic averaging of individual actions. Nor do we accept the majority as the final arbiter, since being a majority does not confer ownership of the minority. Moreover, appeals to the "higher good" are circular, since they presuppose a moral right to impose one's view of the "higher good" on others.

From individual sovereignty we derive the non-coercion principle, which states that no person has the right to initiate force or fraud against another for any reason, no matter how virtuous that reason may appear. This principle deductively leads to "liberal" positions on some issues, such as as whether government should prohibit sodomy or drug use, and to "conservative" positions on other issues, such as whether government should redistribute wealth or protect us from our own foolishness.

We reject as arbitrary the distinction between "economic" and "personal" individual liberties. If the individual owns herself, then she must necessarily also own both her own body and the fruits of her own labor, absent a voluntary alienation of either. Thus, the two forms of individual liberty, often seen as being in opposition, actually have the same source.

For more information about loi pinel immobilier bertarianism and how it affects issues of importance to gay men, lesbians, bisexuals, and transgendered persons, you may wish to read a position paper entitled Gays, Lesbians, and the State, given by Gene Cisewski at the University of Texas at Austin in March, 1997. 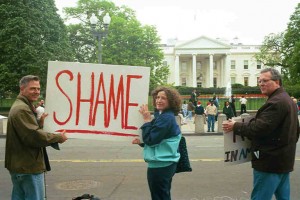 "Sole Reason for Rejection Is Our Members Are Gay and Lesbian," Says GLIL President (Washington, D.C., July 1, 2002) -- A self-described "broad coalition [of] conservative, religious, libertarian and other organizations," that invited Gays and Lesbians for Individual Liberty to participate in its efforts has now removed GLIL because GLIL's members are mostly gay men and lesbians.

The ad hoc coalition, led by the Washington-based Free Congress Foundation, circulated a draft letter addressed to U.S. Representative F. James Sensenbrenner, Jr., chairman of the House Judiciary Committee, on June 10, which included GLIL's signature. After objections from members of the Free Congress Foundation's "broad base," according to the Foundation's vice president, Lisa Dean, GLIL's signature was excised. That "broad base" is made up primarily of religious-right organizations and individuals, said GLIL President Richard Sincere, who added: "Their base may be 'broad' but their minds appear to be narrow."

"Lisa Dean told me that there was no policy disagreement involved," Sincere said. "She made it clear that GLIL's name was removed solely because our members are gay and lesbian."

Sincere pointed out that the coalition included such disparate groups as the American Civil Liberties Union (ACLU) and Gun Owners of America. "GLIL members have a stronger commitment to the First Amendment than the ACLU. (GLIL and the ACLU were on opposite sides in the Supreme Court's gay scoutmaster case; GLIL argued in an amicus curiae brief that the Boy Scouts had a constitutional right to exclude gay troop leaders, despite GLIL's disagreement with that policy.) Like our comrades, the Pink Pistols, we're as strongly committed to the Second Amendment as Gun Owners of America."

The letter to Chairman Sensenbrenner expressed concerns that new FBI guidelines issued by Attorney General John Ashcroft "will usher in an invigorated campaign against lawful dissent and religious expression." It adds: "The First and Fourth Amendments and the system of checks and balances established in our Constitution should not be undermined under the guise of mendacious explanations for failure."

"We and the Free Congress Foundation, like other coalition members, are natural allies. We want to protect citizens against government intrusion and limit the scope of government.

By George F. Will

In this litigious republic, litigation often is politics carried on by other means, and like politics, litigation sometimes makes strange bedfellows, as in a case to be argued before the Supreme Court next month and decided by early summer. The question at issue is: Should New Jersey Boy Scout organizations be permitted to exclude gay men from being Scoutmasters?

Gays and Lesbians for Individual Liberty has filed a friend-of-the-court brief prepared by the Institute for Justice, a merry band of libertarian lawyers in Washington.

"Freedoms of Association and Expression Were Protected Today" (WASHINGTON, June 28, 2000) --- The president of Gays and Lesbians for Individual Liberty (GLIL) today praised the U.S. Supreme Court ruling that says the Boy Scouts of America are free to choose their own leaders, even if it means excluding gay men as Scoutmasters. Richard Sincere, president of GLIL since February 1998, stated that his organization was pleased that "by a vote of 5 to 4, the Supreme Court recognizes that freedom of expressive association is protected under the U.S. Constitution. Despite what others might say, this is a victory for the rights of gay men and lesbians to form groups, gather for expressive purposes, and pursue their own visions of happiness with freedom and dignity."

Sincere said GLIL leaders were pleased that Chief Justice Rehnquist seemed to follow the reasoning in the group’s brief when he wrote that: “We are not, as we must not be, guided by our views of whether the Boy Scouts’ teachings with respect to homosexual conduct are right or wrong; public or judicial disapproval of a tenet of an organization’s expression does not justify the State’s effort to compel the organization to accept members where such acceptance would derogate from the organization’s expressive message.”

“Our brief had emphasized our disagreement with the Boy Scouts’ policy of excluding gay members and leaders,” said Sincere, a former Boy Scout himself. “But if government forces the Boy Scouts to change that policy, the constitutional rights of all of us — not just the Scouts, but everyone, gay or straight — will be diminished. Freedom does not belong only to those with whom we agree. Gay men and lesbians have suffered when freedom of association has not been respected. We benefit when freedom of speech and freedom of association are vigorously protected. A Supreme Court ruling against the Boy Scouts would have had the perverse effect of hurting gay and lesbian Americans.”

"Methamphetamine Bill Violates First, Fourth Amendments," Says GLIL President (Washington, D.C., June 14, 2000) --- In a memorandum to members of Gays and Lesbians for Individual Liberty (GLIL), the organization's president today expressed his concerns over a bill that is currently under consideration by the U.S. House of Representatives, after it was unanimously passed by the U.S. Senate last fall. According to GLIL President Richard Sincere, HR2987 (known as the "Methamphetamine Anti-Proliferation Act" contains obscure provisions that constitute a "ticking time bomb, ready to blow up in our faces and undermine the protections we enjoy under the First and Fourth Amendments in the Constitution."

(WASHINGTON, February 11, 2008) – Gays and Lesbians for Individual Liberty (GLIL) has joined with Pink Pistols in support of the Second Amendment rights of lesbian, gay, bisexual, and transgendered Americans by filing a friend-of-the-court brief with the United States Supreme Court.

GLIL chairman Richard Sincere explained: “The brief was filed in support of Dick Anthony Heller, who sued the District of Columbia to have its draconian prohibition on private gun ownership overturned. Heller’s rights to own a gun for self-protection were upheld by the Court of Appeals for the D.C. Circuit. D.C. Mayor Adrian Fenty appealed the case to the Supreme Court.”

The brief states that, "Laws that prevent the use of firearms for self-defense in one’s own home disproportionately impact those individuals who are targets of hate violence due to their minority status, whether defined by race, religion, sexual orientation, or other characteristic.… [Not] only do members of the LGBT community have a heightened need to possess firearms for self-protection in their homes, the Second Amendment clearly guarantees this most basic right. This Court should not permit the democratic majority to deprive LGBT individuals of their essential and constitutional right to keep and bear arms for self-defense in their own homes.”

The brief also makes a unique argument, tying the denial of rights of gay men and lesbians to possess firearms to the statutory mandate to exclude those same citizens from military service through the “Don’t Ask Don’t Tell” rules:

“… Interpreting the Second Amendment as recognizing a right conditioned upon military service, where eligibility for military service is defined by the Government, prevents the Amendment from acting as any constraint on Government action at all. Such a result is contrary not only to the literal text of the Amendment, but to the intentions of the Framers. Further, in light of the current 'Don’t Ask, Don’t Tell' policy, such an interpretation would completely eradicate any Second Amendment right for members of the LGBT community.”

A number of other organizations have also submitted amicus curiae briefs to the Supreme Court in this case, arguing in favor of an individual right to possess firearms, including the Cato Institute, Disabled Veterans for Self Defense, Jews for the Preservation of Firearms Ownership, the Rutherford Institute, and a group of women legislators and academics.